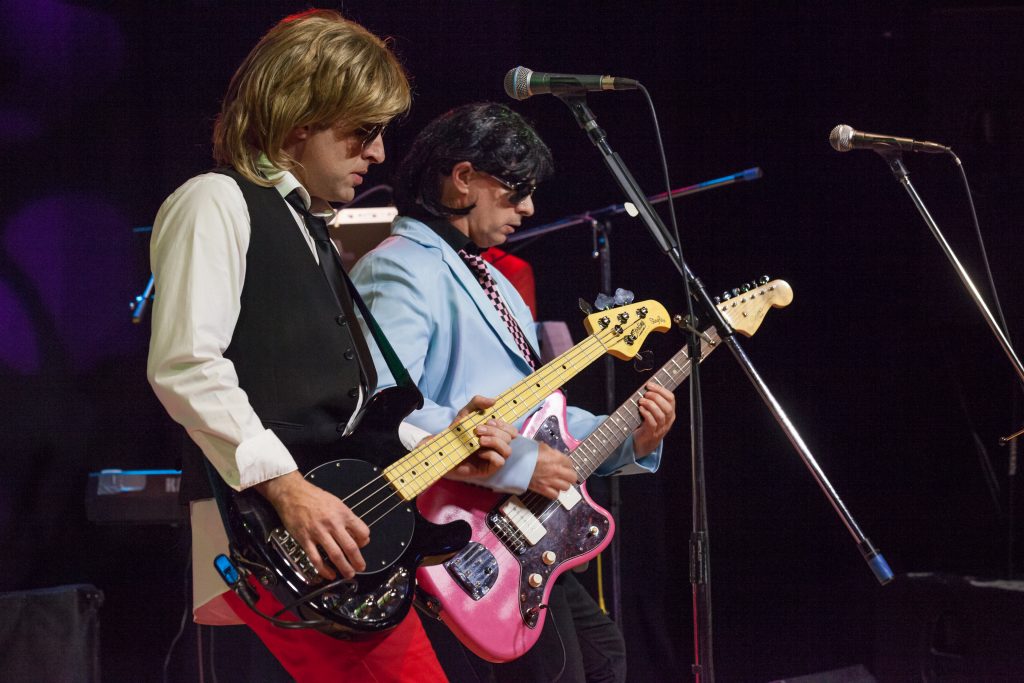 “Moving in Stereo” are a tribute to one of the most popular new wave bands to come out of the late 70’s and early 80’s. The Cars were at the forefront in merging 1970’s guitar oriented rock with the new synthesizer-oriented pop that was then becoming popular and which would flourish in the early 1980’s. Their debut album sold 6 million copies and they went on to sell 23 million albums in the United States alone. The five members of Moving In Stereo have years of live experience playing in other Bands. Dean Gibbs fills the role of Ric Ocasek on vocals and rhythm guitar. Dan Politano fills the role of Benjamin Orr on Bass and Vocals while Kent Webb gives us the smooth sound of his synthesizers as Greg Hawkes did originally. Doug Stinson plays drums re-creating the sounds of David Robinson and Graham Fraser on guitar with his solos that were a staple of the airwaves originally created by Elliot Easton. Moving in Stereo is Canada’s only authentic Cars tribute band. With a guitar player who performs as Ric Ocasek and their classic outfits, this band is like no other Cars tribute. Shake it up and let the good times roll with Moving in
Stereo!